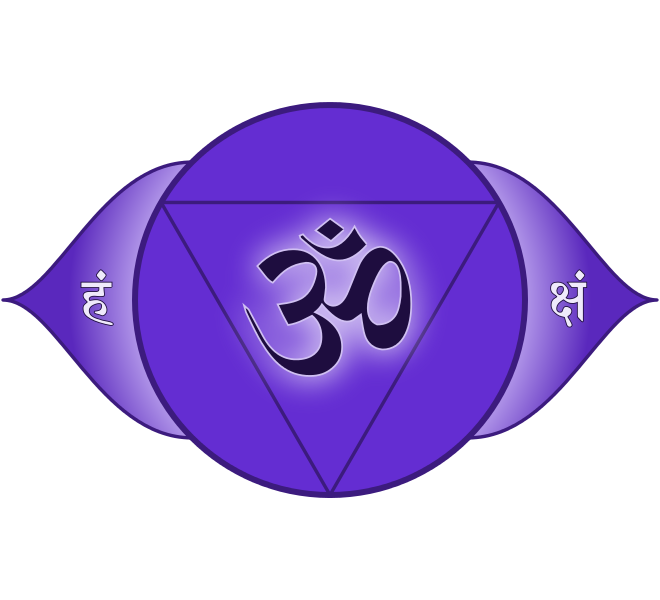 Ajna is the brow or third-eye chakra. It is the sixth primary chakra in Tantric Buddhism and some certain forms of Hinduism.

For the Hindus, Ajna pertains to the subconscious mind, which they believe to be the direct connection to the brahman.

The Ajna symbol is depicted as a two-petaled transparent lotus flower. It denotes the psychic channels or nadis called Ida and Pingala. The triangle shape in the symbol and the lotus flower itself are both representatives of wisdom.

Inscribed in the right petal of the Ajna symbol is this chakra’s bija or seed syllable, KSHAM, or the more popular AUM, which is considered as the fundamental sound of the cosmos. The left petal bears the letter “ham,” written in white.

If you want to learn more about the Ajna symbol, read on to find out the meaning, history, and significance of this Hindu and Buddhist symbol.

The chakra system originated in India between 1500 and 500 BC, first appearing in the Hindu Vedas, considered to be the oldest religious texts. However, this was not exactly in the sense of the so-called “psychoenergetic centers” but as chakravartin. The chakravartin in this sense was the king who “turns the wheel of his empire” in every direction from the center, denoting the monarch’s power and influence. Later proofs of chakras appear in the Upanishads.

The images and symbols that are popularly used to represent the Chakras are believed to trace back to the 5 symbols of yagna. These symbols used in yagna, a Vedic ritual performed in front of a sacred fire, are “square, circle, triangle, half-moon, and dumpling.”

The knowledge of the chakra system is said to be passed down through oral traditions by the Aryan people. This system was customarily an Eastern philosophy, but New Age authors started to relate with the concept and wrote about the chakras. They expanded on the earlier texts, giving more people access to the knowledge of this ancient system.

In the 8th century CE, the psychic-energy chakra theories were introduced in Buddhist texts as “hierarchies of inner energy centers.” Only four chakras appear in these texts. In later Hindu texts, the list of chakras was expanded to a lot more.

The chakra system has always been interlaced with yoga since the very beginning. But what exactly is a chakra?

The term “chakra” is from the Sanskrit cakra. which means “mystical circle” or “vortex” or “spinning wheel.” Chakra and cakra are pronounced the same way, the former being generally used in the West. Chakra refers to psychic energy centers in the lingadeha or the ethereal body.

The chakra system is prominent in the occult physiological practices of Tantric Buddhism and some certain forms of Hinduism. A chakra is a wheel of energy that runs along a person’s spine and inside the skull.

Although some claim there are as many as 114 chakras all over the body, it is generally believed that there are 7 primary chakras. These are the Muladhara (root chakra), Swadhisthana (sacral chakra), Manipura (solar plexus chakra), Anahata (heart chakra), Vishuddha (throat chakra), Ajna (third-eye chakra), and Sahasrara (crown chakra). The chakras’ health has direct links to our physical as well as mental and emotional health.

Ajna or the brow chakra, is the 6th primary chakra. It is located between the two eyebrows, a point that is known as Trikuti. Also referred to as the third-eye chakra because the mentioned location is that part of the brain believed to provide details of what will happen in the future.

The 6th chakra in the energy body is called Ajna or third-eye chakra, also called the brow chakra. Its symbol is made up of a transparent indigo blue lotus with 2 petals bearing 2 Sanskrit syllables and the inverted triangle in the center of the lotus. These petals may denote the manifest and unmanifest mind, or pineal and pituitary glands, or the physical eyes.

The petals denote Ida and Pingala nadis, or the two hemispheres of the brain. The 2 Sanskrit syllables inscribed in these petals are “ham” and “Aum.” The former represents the great god Shiva, while the latter is the basic sound of the universe.

The inverted triangle contains a white lingam. This triangle is symbolic of enlightenment and our link to the divine.

The hermaphrodite form of Shiva-Shakti—Ardhanarishvara—resides within the lingam according to some systems. This signifies the duality of subject and object.

“Ajna” or “Agya” is Sanskrit for “beyond wisdom.”

Ajna is the 6th of 7 major chakra. Ajna is also called the brow chakra or third-eye chakra, corresponding with our intuition and spiritual awareness. It may be called the “sixth sense,” or the natural ability to know about things before others do or what others do not know.

Ajna is linked to the 6th layer of our aura called the celestial layer. The tattwa or element of the Ajna chakra is light.

This chakra governs the pineal gland. It is found in the middle of the forehead between the eyebrows. This is the spot where Hindus put the vermillion bindi to demonstrate reverence for it.

Ajna is the center of intuition, imagination, self-awareness, and lucidity, helping one to clarify the inner vision. Ajna is believed to be the principal portal in stepping beyond duality and taking full charge of one’s reality. 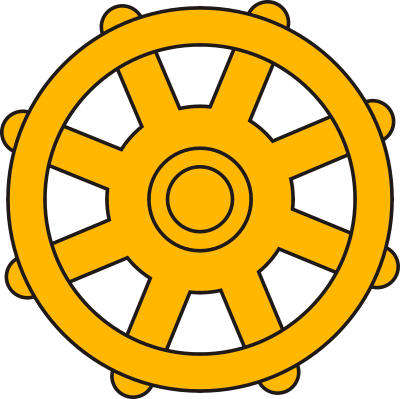 The dharmachakra or wheel of dharma is a major symbol of Buddhism. However, it is also employed in other Indian religions such as Hinduism and Jainism.  The dharma wheel or dharmachakra, is the “wheel of law.” It is an ancient symbol revered by Buddhists as it symbolizes their faith, denoting the Buddha’s first sermon in… 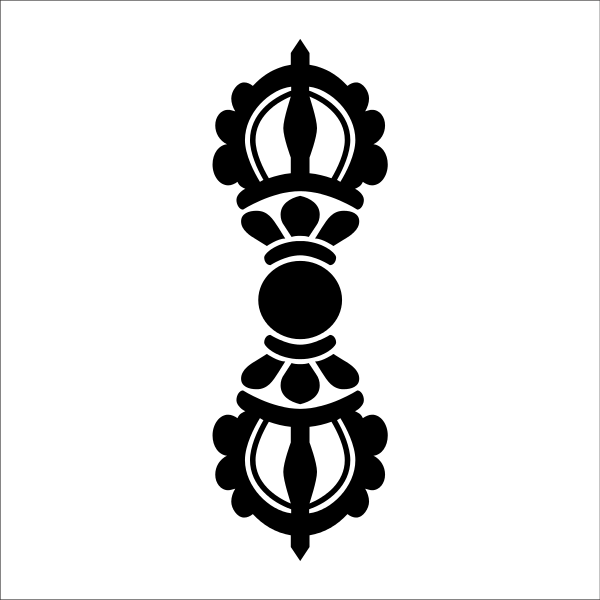 Vajra is a five-pronged ritual object used in Buddhist ceremonies in Tibet. Known as dorje or rdo-rje in Tibetan, varja is the symbol of the Vajrayana school of Buddhism. The varja is a type of club made of either brass or bronze, with its four prongs at each curved around the fifth in the center,… 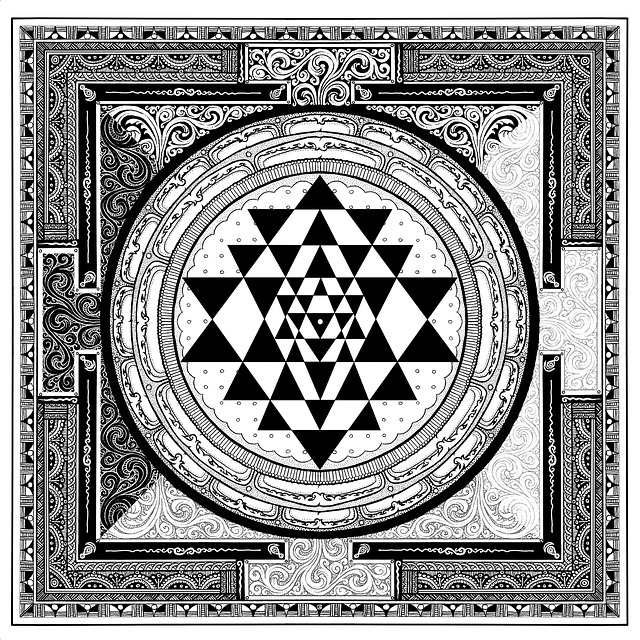 The ancient Shri Yantra, a very popular Hindu symbol, is based on the Vedas. It is used as a meditation aid in tantric worship. The Shri Yantra symbol is often featured in body art, shirts, jewelry, drinking mugs, and a lot of others. Indeed, this symbol has become quite fashionable today. More often than not,… 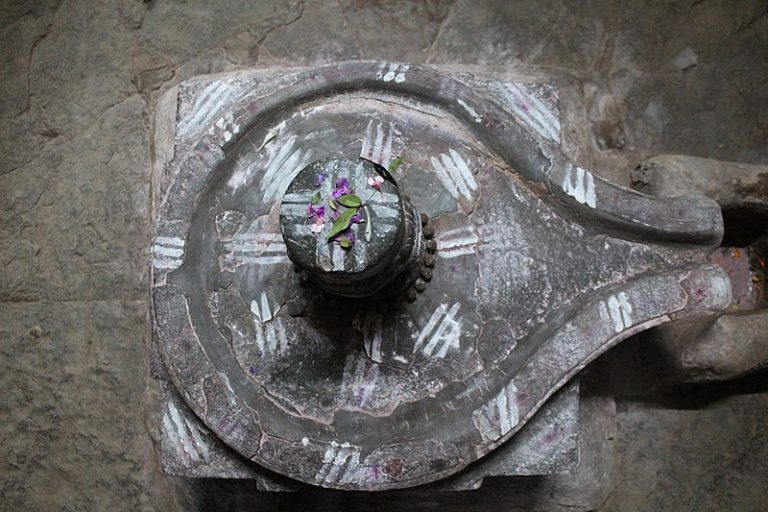 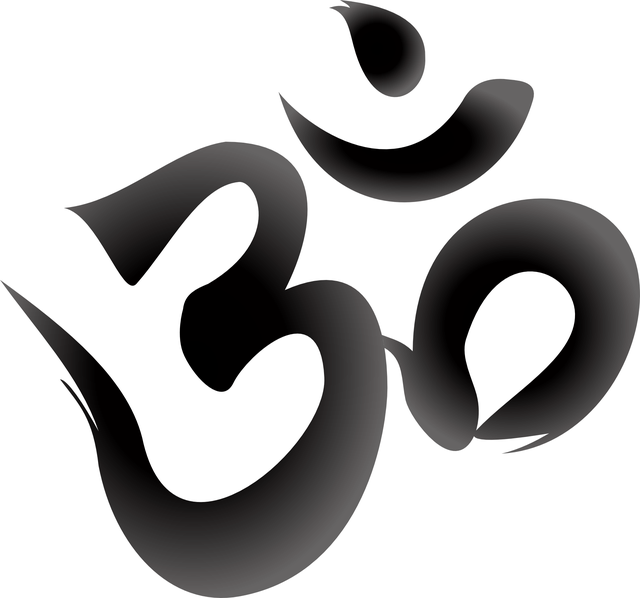 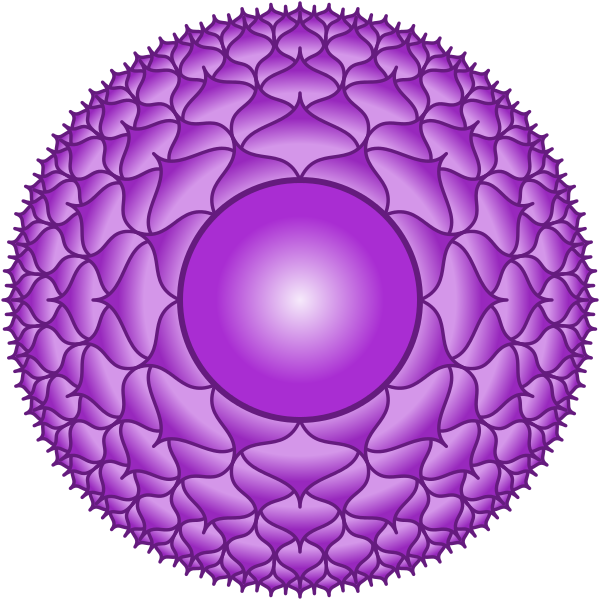 Sahasrara is the 1,000-petaled lotus symbol in Hindu, Buddhist, and other traditions. It is the symbol of the crown chakra or Sahasrara, the last of 7 primary chakras of the energy body. Sahasrara or crown chakra is said to govern the brain and the nervous system. It is located in the crown or the top…